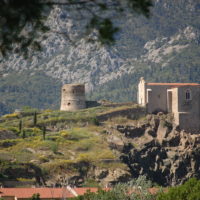 We live on rue Doumet, or rue Paul Doumet as the street sign says,  almost half way up the hill in the old part of La Garde. On the French geographic organizational chart, La Garde is in the Department of Var, which sits in the region of Provence-Alpes-Côte d’Azur.

The street further up the hill is rue Horloge, where the bell tower is. The bell tower does not sound between midnight and six in the morning. When it does sound, it rings each hour twice: for example, if it’s four in the afternoon, you’ll hear four gongs, a pause of about thirty seconds, then another four gongs. The reasoning behind the two sounds of each hour is END_OF_DOCUMENT_TOKEN_TO_BE_REPLACED