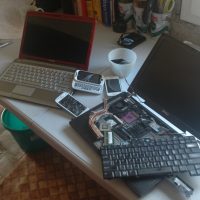 In “The Soul of the Deep”, the final chapter of Eiji Yoshikawa’s Musashi, the swordsman Sasaki Kojiro is rowed out to Ganryu Island for a duel with Miyamoto Musashi. Both men have devoted their lives to studying sword fighting, but have followed different paths: Sasaki had the support of many lords and was a man of society, while Musashi lived apart and studied in poverty. For the duel, their departures from the mainland to Ganryu Island are indicative of their past and status: Musashi is seen off only by Otsu, the woman who loves him, but they have always been apart, while Sasaki is given a large party, and sent off with many gifts, letters of good wishes, tokens, and other similar burdens. END_OF_DOCUMENT_TOKEN_TO_BE_REPLACED