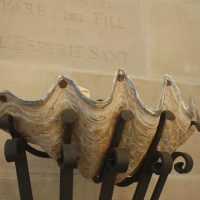 Technology continues to mitigate the need for human contact. Recently I was exceeding the speed limit on a highway, but instead of being pulled over the ticket came in the mail, a number of days after the actual event. See the image below. The salient information is that at 3:23 in the afternoon of Wednesday, February 26, near Arles, while driving on the National Route 113 in the direction of Nimes, our Renault was observed driving at 102 km/h in a 90 km/h zone, and the speed of record would be 96 km/h. The fine, if paid within two weeks, would be 45€.

I’ve been pulled over a number of times: the California Highway Patrol were always relatively painless, a Wyoming state trooper was inconvenient, but Bay Area city police were the worst. Still, I always answered the standard questions, that yes, indeed, I knew I was driving at N miles per hour, officer.  I always know how fast I am driving, and I would never say to a policeman who pulled me over, “Sorry officer, I didn’t realize I was going that fast.”  Lack of awareness when driving is the greatest sin, and I’d never resort to that lame lie to get out of a ticket.

Yet at the time,  I didn’t know I was being watched and would get caught. The kids were on their two week winter break, and we were on our way to Carcassone, then Xabia, then Barcelona. We left La Garde a little after lunch on the last Wednesday in February, and drove south and west to Carcasonne. We stayed in an AirBnB apartment halfway between the castle and the old town, and that first night for dinner we ate at La Divine Comedie: Annie ordered the cassoulet, which the region is known for, and it was excellent. I got a Basque chicken plate which was also tasty.

The next day was cool and cloudy, good medieval castle weather, and we walked around the castle and grounds. Although the castle is impressive and the locale lovely, I am now starting to feel a bit of castle fatigue: turrets, crenelations, battlements, arches, big rocks, cold, damp rooms – this again? I want to visit Falling Water or Monticello or a Buddhist temple with shoji screens and tatami mats overlooking a raked gravel garden with an asymmetrical stone arrangement. We went back to the same restaurant for dinner (why risk eating in a bad place?),  then the next day left for Xabia.

While I’m still wondering if social media is a flash in the pan, Annie has worked it well, and through a Facebook travel group met up with like minded families. We had met the Wall family in Nice, and now we were headed to Xabia to visit with the Jeff and Katie Barnes, who are there with their three children. The day started off rainy, but it tapered off as we neared the Pyrenees. By the time we reached Barcelona it was sunny and warm, and the drive while long, was lovely and uneventful. The toll for the highway between Barcelona and Valencia, about a four hour drive, was 34€.

We spent a great weekend in Xabia, then drove to Barcelona Monday morning, where we would stay until Thursday. Our last trip to Barcelona was hampered by bad weather and lousy planning: while we did visit Mount Juic, the Olympic Parc, and the Gaudi House, we had missed the Sagrada Familia Cathedral (and yes, I’m rather tired of cathedrals, too, but this one is different) and the Cosma Caixa Science Museum. And we wanted to eat more Spanish food, especially tapas. And we needed to resupply on Mexican food ingredients. It all came together on our second trip there: for the museums we bought our tickets online, saved digital copies to the Samsung tablet, and showed that at the window that bypasses the very long ticket line. We saw what we had missed last time, ate well, and had one of the best AirBnb stays ever – our clean, modern apartment was just around the corner from the Sagrada Familia. And, of course, I went back to the English language bookstore.  We drove back to La Garde on Thursday morning, the trunk packed with black beans and other Mexican food fix’ns, more English books, and a dozen bottles of a Cava we can’t buy in France.

On a recent Thursday Annie and I drove to Cannes to meet some friends for lunch. A few days later I got another ticket in the mail. This time I was driving at 118 km/h in a 110 km/h zone, and the ticket would be ruled at 112 km/h. Dang.

While lunch in Cannes was good, the English language bookstore there disappointed: the selection was small, the book prices high, and the old woman running the store pulled a book out of Catherine’s hand while she was looking at it, and told our friend’s teenage daughter not to open a new book too wide as she might crack the spine. Next time we’ll drive, but not too fast, a bit further and go to Antibes.

Tickets then and now

I got my very first speeding ticket on Highway 87 (the Thruway)  between Glens Falls and Albany, near a little town called Mechanicville. I was driving home for the Christmas holiday, and had probably had a final exam earlier in that day, and had a ten hour drive to Alexandria. My second ticket was returning East after a summer working in Wyoming: I was clocked on state highway 287 near Rawlins doing 85/mph, although I think it was actually closer 75/mph. The state trooper that pulled me over said I had to follow him to the county courthouse to pay the fine right then and there, in cash.

My first five years in California I got seven speeding tickets. However, I was able to keep my license and not have my insurance rates go up because in those days you could go to traffic school, which not only erased the points off your record, but by choosing traffic school, you got out paying the fine, instead having to only pay a small administrative fee ($24) for the traffic school. Since then Santa Clara County has closed that loophole. Since then I’ve been a rather restrained driver, and mostly incurred just parking tickets.

Moreover, I really shouldn’t be surprised by all this monitoring and tickets I’ve received because last October I had an impressive demonstration of the speed and accuracy of the French traffic cameras. We were returning from Paris, and I was driving southbound on the A6 (Autorroute de Soleil). The A6 is two lanes in each direction, and speeds along there vary from 110 km/hour to 130 km/hour. Along the highway there are large digital signs that are used for the usual messages: traffic delays ahead, notifications of detours, number of minutes until you arrive at a particular place, or distance until an exit; but the signs can be used to convey other information, too. As we approached one particular digital sign, I saw in my rear view mirror a car coming up quickly from behind me in the fast lane – I was in the ‘slow’ lane. At that moment I looked at the digital sign which read (I paraphrase):

License GH-719-PQ You are driving too fast

At that moment a late model Audi coupe went by at what I estimated to be about 190 km/h. The license was the same that was on the digital sign: GH-719-PQ.

The Audi was fast, but the monitoring system was faster. I wonder what he got in the mail.

One of the first instances of communications technology being used in to capture a suspect is here.The story can also be found in a collection of other interesting first hand accounts here.

One Response to Grand frère is watching you