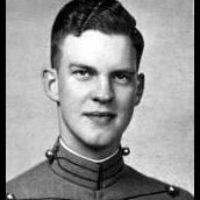 On the last Sunday in May, clear and blue, I was driving along at 130/kph by 8:00am.  What to wear, not lately  a consideration, was a problem that morning: the most appropriate outfit I could come up with was khaki pants, grey shirt, and an Ike style waist cut tan coat. I do have some dress coats and ties, but none of these really go together, and pressed casual seemed better than mismatched dressed up – and it was probably going to be warm, anyway. Sunday morning  the autoroute has few cars, and it was easy drive from the bottom of Var, on the A-57 to A-8 east, exit at Draguingan.

The occasion was the Memorial Day service at the American Rhone Cemetery in Draguingnan. Family friends were visiting from the United States – Paul and Jean, ex-military, vacationing in Cannes and attending the service.  I didn’t know the cemetery was there, and some fealty to my upbringing, and country, made me feel I should have. I would attend the ceremony and spend more time with Paul and Jean, known to me for over thirty years, whom I first met in 1978 when their inclined driveway, made slick by an early season snow, helped my old Volvo off the concrete and onto their lawn.

Less than a minute after parking I met Jean and Paul, along with another ex-military couple, on the way to the ceremony.

Operation Dragoon began in mid-August, 1944, with the goals of capturing the ports of Toulon and Marseille, and diverting Axis soldiers away from those opposing the Allies in northern France. The two ports were captured by the end of August, and on September 11, 1944, just north of Dijon, soldiers from the French II Corps met up with soldiers from the U.S. Third Army, who had advanced down from Normandy. The dead are buried in the  American Rhone Cemetery, which was dedicated in 1956, and there are 861 graves. Among the dead are one woman, a nurse whose plane was shot down, and the only World War II U.S. Marine buried in Europe.

The Memorial Day ceremony was a mixture of music, marching, speeches, wreathe laying, and singing. A French woman, Claire-Angès Pegourier,  first sang La Marseillaise, then The Star Spangled Banner – she did a good job on the American anthem, except for the last words, which she stumbled over, although I don’t know if she was aware of her mistake. The speakers included the mayor of Draguignan, Richard Strambio, a U.S.Navy vice-admiral, James Foggo III, and the consul general at the U.S. consulate in Marseille, Monique Quesada. A well timed fly over by a U.S. Air Force jet out of an airfield in Germany came near the end of the ceremony. Afterwards the five of us went to lunch at a mediocre restaurant, where most of the talk was about life in France and life in the Army.

When I got home that night I was asked about everything that had happened. The events that day were familiar to me, but explaining about the day, about military life, about our lunchtime conversation, was not so easy. Our society, from the gold star mothers to its intoxication with guns to its para-military police force, is increasingly militarized, but nonetheless society, it seems to me,  knows little about military life. This is especially true today: in a recent Harper’s review of the latest war fiction Sam Sacks writes:

The public’s unprecedented disconnection from the fighting in Iraq and Afghanistan – wars waged by a volunteer army and funded with borrowed money – has made it all the more eager to genuflect before the writing that emerged from these conflicts.1Sam Sacks, ‘First Person … Continue reading

I like the ‘unprecedented disconnetion’, but indeed, I know very little of military life myself.

My father entered West Point in 1943, and three years later,  the academic program being accelerated because of World War II, he graduated with the class of 1946 – the largest West Point class ever. He chose artillery as his branch of service, was sent to Japan in 1947, and married my mother there (she was working as a clerk/typist for the occupation forces) in 1948. A few year later my sister was born in Albuquerque when my father worked at Sandia National Labs (he couldn’t talk about what he did there); my brother was born at Fort Sill, Oklahoma (artillery school), and I was born at Fort Leavenworth, Kansas (command and general staff school, not the prison). Three children, three different states. My sister tells that we moved fourteen times in her first fourteen years, but I got off easier: after I was born in Kansas we moved to San Antonio, then  Spokane (my father commanded a Nike Missile Battalion at Fairchild Airforce Base), then northern Virginia for assignments at the Pentagon and at Combat Development Command at Fort Belvoir. We lived in the original and oldest gated communities: army bases. Long before I worked in Silicon Valley (a place just as peculiar and as insular as the military) I knew about abbreviations, acronyms, and jargon: px (or bx), commissary, TDY, ID cards, jag officers, MPs, quarters, leaf and bird colonels. We answered the phone “Colonel Elder’s quarters, Blake speaking”; helicopters overhead were a part of the gated community, and all traffic and personnel coming to a stop for retreat (the lowering of the flag to signal the end of the official day, usually at 1700 hours or 5:00pm for the rest of you) was just SOP.

Army life is a stacked deck, honorable, maybe, and very difficult certainly, both for the family and in a different way for the officer, too: everything is subordinated to the Army, including, of course, the officer himself, and Jim Elder, in some ways exemplary and in others not at all fit for the life, was dead at forty-seven.

The combination of growing up in the military and having a parent die at a young age creates a special set of distortions and perspectives. The first of these is that I am amazed that anyone who was born, grew up, and lived in the same house for say, at least their first eighteen years. This stability and constancy is unfathomable – the sort of experience to me found only in a Frank Capra movie or pulled from a Norman Rockwell painting. A second distortion is an envy of anyone who is near my age and has one or more parents still living. My mother lived much longer than my father, but has been dead twelve years, and my father has been dead forty-two years. I suppose it is not all perfect, watching a parent decline into advanced old age, but nonetheless from my perspective it is preferable to my experience. The third thing is that upon the death of a parent when a child is a certain age, say eleven years old, you become something of an outsider, subtly but distinctly different from your peers, invisibly yet just as definitive as a tattoo on your face, or so it feels. The death of a father while young means you spend the rest of your life trying to fill that void. In particular you sort of glomm on to your friend’s dads, or take what you can get wherever you can get it. At the end of the third grade, about to skip a grade in the public school system, instead my mother sent me to St. Stephen’s, where I studied from fourth grade until I graduated from high school. Nine years at the same school – something welcome in its constancy, and while some students came and went, over the years there was the same core of guys that I knew would be there in the fall, every fall: Ashley, Lee, David, Clyde, Clarke, and others. In addition to this core group of classmates who stayed with me, there were a series of surrogates in the form of teachers and coaches, who for a period of time filled in for the missing parent: John Pullen, Sleepy Thompson, Jim Osuna, and others. Of course they never knew of their status as temporary surrogate father, but that didn’t matter – I didn’t recognize it myself. But they were there.

Some or all of this was on my mind during the ceremony at the cemetery in Draguignan, and clearly, obviously, memories and associations pertaining to the military I associate with growing up. At the same time I was struck that for all the memorials and monuments, the French have had their asses kicked lately, say the past two hundred years, but still the armed forces remain a source of pride, and looking around at the active duty French soldiers, I wondered why they served – who wants to be on a team that keeps losing? My guess is they don’t see it that way, at least the officers don’t. Nor would I guess did the American officers I’ve known. Certainly when my father enlisted the war was the country’s top priority, as opposed to today when the priority was to keep America open for business, and back then military participation cut across all strata of society – all the Roosevelt sons served in the military. But war is not the only time or reason to serve in the military. In a recent email exchange with a retired U.S. Army colonel, he mentioned that after working briefly for a commercial civilian engineering firm and a brief Army command, he chose, and would hands down chose again, his thirty year military career, which he called military service. That’s not a word you hear a lot lately – service.

And so perhaps the sense of service (let’s not use the word mission) that was apparent to me, so assumed that is was excluded from explanation: the service of fathers, and all parents, of military officers regardless of sex, and teachers, who at times were more than just teachers.

So at this time of year when when Father’s Day, Memorial Day, and graduation are all within a few weeks of each other, to those who have served in these roles and I have known, I remember you.