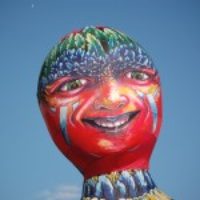 There are planned joys,  events scheduled months in advance, anticipated, and expected: a graduation, a wedding, a birth. For these there are accouterments and rituals: invitations, replies, gifts, suitable attire, thank you notes, and ceremonies.  These are happy events, perhaps too scripted, cliche, but sincere.

Then there are the unexpected joys, perhaps made better by being unknown and unanticipated until they occur. They may not be as profound as the above listed joys, but I’ve found them to be equally memorable. They include:   the pretty girl that said yes to your asking her to dance to that fine Roxy Music song at Mt. Charley’s (made all the more stressful by her and her friends watch you walk all the way across the bar to their table); somehow, probably by accident, being in the right spot when a good wave comes and actually catching it; just as you turn onto one of your favorite roads, that long play Southern Rock instrumental* comes on the radio.

Time and change reduce the likelihood of some types of joy landing on you, such as asking that girl to dance and who listens to the radio anymore?  Scabs and scars accumulate, and there’s no end to their sources:  fundamentalism, the shooting of the week, cholesterol, traffic, teenagers, and insurance companies.

But all of that was thoroughly, if only momentarily, washed away when we traveled to Nice. The beginning of the kids’ winter break was that start of the carnival celebrations in Nice. We found a place to stay for two nights on AirBnB, and on Saturday caught an early morning train from La Garde to Toulon then on to Nice, and were in apartment by 11:00am.

We visited Nice once before, for most of July, 2009.  As it happened on this trip we stayed just three doors down from the apartment we used in 2009.  It was hot then, but lovely.  When we arrived this time it was sunny but cool, almost cold. But it was good to be there –  I had forgotten how just how blue and beautiful the Bay of Angels is.

Our first event was the parade of flowers, and it was then that the magic began, and the scales fell away. We had seats in stands overlooking the Promenade des Anglais. We had a good view of the parade, our backs were to the ocean, the breeze was down so the sun warmed us.  What we saw:

But by far the best part of the parade were the big red, blue, green and other colored balloon figures: several stories high, they floated in the breeze, guided by a couple of handlers, bobbing up and down as they went down the street. Seeing these dudes (there is no other word)  against the textured buildings, palm trees, and blue skies, I took on their stoned, rasta-taoist feeling of just going along with it all. Irie,  mon.

That night there was another parade, this time in the Place Massena. Some of the floats were repeated, but many were new. It was quite cold, but clear. Catherine lasted until about 10:30, then conked out.

Sunday was a day to recover, and Annie and I managed a date night dinner at a great little place in the old town. Monday we took the 12:55 train from Nice to Les Arcs then a direct train to La Garde. We were home by 4:00.

* Preferably In Memory of Elizabeth Reed (The Allman Brothers, Wipe the Windows, Check the Oil, Dollar Gas) or Loan me a Dime (Boz Scaggs, Boz Scaggs). Acceptable out of genre alternatives are LA Woman (The Doors, various albums), Soul Sacrifice (Santana, Moonflower album), Eyes of The World (The Grateful Dead with Branford Marsalis , Without A Net), or Dominance and Submission (Blue Oyster Cult, Secret Treaties).