This story begins before I am certain how it will end. Tomorrow my family and I interview at the French Embassy; we are applying for long stay visas so we can live in France for a year.  In addition to a mountain of paperwork, the process requires an in-person interview with all family members (there are five of us). Anticipating success, I have already started publishing to this website.

A story can have any number of beginnings, and this one is no different. For this one we will settle on the Winter of 2009. After living in California for many years (in my case twenty-five years), my wife, Annie, and I decided we wanted to make 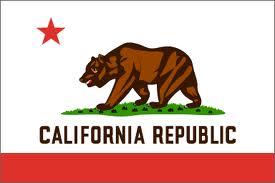 a change. Living and working in Silicon Valley, with all its wonders and trappings, was starting to feel…provincial. There was a wider world out there, and it was time to answer the call.

In late 2009 we thought we wanted to move to Boston. After living in the San Francisco area for a long time, there are only so many places you can move to. Houston, Boise, and Akron, for example, are in no way logical successors to San Francisco; Seattle, Austin, and Boston are. With family on the East Coast, technology jobs, and a hint of Athens, Boston looked good on paper.

In August 2010 we packed up everything, moved all our stuff in storage, and left the left coast. We stayed with family in Montreal during the Winter of 2010,  and started making forays into Boston.

The city disappointed. The traffic was as bad as anything in San Francisco, maybe even Los Angeles! The people were obnoxious (but somehow also likable – go figure). But more than anything, the weather was just awful. No wonder the people are so crabby.

As noted, after living in California for a certain amount of time, there are only so many places you can move to. 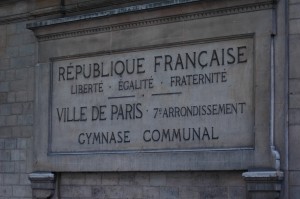 Our past two vacations had taken us to France: in 2008 to  Paris first, then the following summer to Nice. My wife, schooled in Montreal, is a confirmed Francophone. My background was less helpful, Latin and German, but I had done my share of travelling and am always looking out for something different. Both vacations were wonderful.  So it can be no surprise that in early 2011, thinking about our dissatisfaction with the Boston area, Annie suggests that we spend a year in France.

We started moving on the idea right away. In February, we drove down for our first set of interviews at the French Embassy in Washington, D.C. It was fun and horrible. All myths and folklore you’ve heard about French bureaucracy are true; yet the embassy staff were wonderful and helpful. Nonetheless, we had a bunch of work to do to get all documents in place, so much so that it took until August to get everything done. To be fair,  some documentation required us to go to court in California -we’ll save that for another day.

Even after getting all our documents in order, we also had to find a place to stay (a pre-requisite to the long stay visa application process). Through the wonders of the internet, and a helpful academic couple, we think we’ve found a wonderful place in Marseille.

So tomorrow the adventure begins, and let’s hope this is not the last post. Remember, there are only so many places you can move to after living in California; we’re betting Marseille is one of them.

The Enormous Network
We walked around, it was wail'n, etc.
Summer Photos 2022
Al's Understudies
February photo round-up
Moments in Montpellier

Lullaby for a Narcoleptic
Things left undone: five years in France
The Sailing Classroom
In the beginning it was never better
The End of the Affair
The Children's Crusade
Interview: Ambassade des Vins
The End of Serendipity
France Annoyances: Banking

Guns n'cheerleaders
In search of lost velo
The morning wind is warm and dry
Berlin pictures
Ich bin Berliner
Au revoir Marseille
Why do you live where you live?
Diversions
Routines
Off the grid
The customs of the country
Tuesday morning: Cafe Dugommier lounge music
Should it stay or should it go?
San Francisco vs. Marseille
From Marseille to Maugansville
Accessorizing your bidet