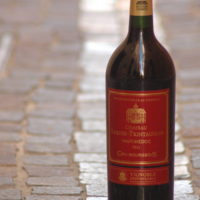 The second in an infrequent series of interviews. The previous one is here.

Wine. Vin. Wein. Vinho. It’s been around a while – a long time ago some Armenians figured out how to make wine, harvesting grapes at just the right time, smashing them together, followed by cycles of straining and storing. It’s a part of culture and religion – the Greeks dedicated a god to the drink, Bacchus, and for the Christians, at least those who consult the King James version of the Bible, wine is mentioned in thirty-four of the thirty-nine books in the Old Testament (it’s missing from Ruth, Kings I, Obadiah, Jonah, and Malachi); however, in the New Testament wine makes an appearance in less than half of the twenty-seven books. It’s more END_OF_DOCUMENT_TOKEN_TO_BE_REPLACED 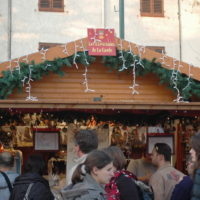 The last day of the year and the last day of the month are also the last day of La Garde’s Hivernale. Hiver is French for winter, and I assume the ‘nale’ is appended in the same manner as another, better know celebration – Carnival, without the trailing ‘e’. The Hivernale is the winter festival here, and for the… END_OF_DOCUMENT_TOKEN_TO_BE_REPLACED

The Wasteland Growing up I don’t recall undue adoration given over to food, and more broadly cuisine, and there was a reason: there wasn’t a lot going on in the American kitchen. In those days ethnic food consisted of carry out Mexican from Tippy’s Taco House in Arlington (Virginia), Chung King frozen eggrolls, and maybe in… END_OF_DOCUMENT_TOKEN_TO_BE_REPLACED