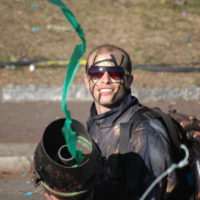 There are different views about getting things done, and not getting things done. Raised in the Episcopal Church, and for a few years an acolyte, which meant some Sundays I went to two  church services, I came to know very well the Book of Common Prayer (a 1920’s version).  A passage, from the General Confession for Morning Prayer, states that:

The confession does not enumerate what we should be doing and what we should be not doing, nor does it elaborate on the diagnosis of and remedy for there being no health in us. Having been away from all that for many many years, this now strikes me as incredibly primitive – indeed leafing through the entire prayer book is startling and disturbing. But it’s hard to escape early  imprinting, and the ought to have done sometimes pops into my head, although I’m quick to take a mallet to it, until the next time.

October 5th marks five years since we came to France – well, that is the date that is stamped on our first of five visas. On September 22nd, 2011 we received the letter informing us our visas had been granted, and a few days later at the French Embassy in Washington, D.C.,  an official asked us what date to write down as our start date for our lives in France. European bureaucrats can be maddening, yet also accommodating: many years ago as I was rounding up grades from professors at the end of the academic year in Heidelberg, every single professor asked me what grade they should write to report back to my American university. What would you do? I told the German professors to give me an A, and we told the French official October 5th, allowing a bit of time to book flights and make other travel arrangements.

I arrived in France a little later:  I delayed my departure to work and earn some daily bread. I didn’t arrive until the day after Thanksgiving, 2011.

At that time we thought we would be in France for  just for one year, but clearly something went awry. Thinking back on it all, it’s always been curious to me the process between the first inkling of an idea, and then the subsequent realization that it is what is going to happen. Isn’t it so that we often make important decisions quite quickly, perhaps sub-consciously, despite whatever retro-fitted rationales and decision trees we might apply after the fact. For me the important things that have gone well, the gap between these two can be measure in seconds, maybe minutes, while the wrong turns in life, and there have been many, seem to have been overly thought out and pondered. Or maybe I’m just mis-remembering in order to fit events into my hypothesis.

The Lonely Silver Rain is the last, and maybe best, of John D. MacDonald’s twenty-one book series about private eye  and beach bum Travis McGee, who also happens to also be a combat veteran and for a few seasons a  professional football player (fiction – you can do anything!). McGee works as little as possible, just enough to support his spare lifestyle, his theory being he wants to take retirement while he is young enough to enjoy it. I don’t think McGee ever read the Book of Common Prayer. Sometime in middle age, maybe late middle-age (MacDonald is vague about McGee’s age), McGee learns he has a seventeen year old daughter, she will come to live with him, and realizes he has to get back to work in order to support her, especially since she is about to attend a university. Over the past few years I’ve often thought about Travis McGee and his views about retirement. He’s certainly left a number of things undone, and I flatter myself that in his spirit so have we lived in France. And like him, I had a child at an older age, and that certainly affects your thinking about time and priorities.

We have not commuted, not been stuck in traffic, not worked in an office. No one has been to daycare or its’ adult equivalent, a corporate job, never mind those seminars on sensitivity training or team building offsites with ropes courses and role playing. We have not contributed much to retirement accounts, although like McGee, I don’t expect or want to retire, and probably can’t. We have not made a lot of money,  and we have traded time for money, and most of the time I think that was the right decision. But, and I have said this before on these pages, that shouldn’t be construed as bragging: we’ve simply traded one set of problems for another. There’s been no mowing of grass (not missed), and little gardening (very much missed).  I have never been pulled over for speeding,  although I have three speeding tickets since we got our Renault in the fall of 2013 – it’s all done on camera, the ticket arrives in the mail, and you can pay the fine on a website.  We have not bought alcohol after eight at night, since the stores are closed, and rarely on Sundays for the same reason. We’ve had only one bottle of one from the United States, a Zinfandel, domain not remembered; the rest has been French, Italian, Spanish, or Portuguese.

We have not said the Pledge of Allegiance nor sang the Star Spangled Banner (I find the former nationalistic and the latter moving). For me there’s only been no real friendships: work is often a source of these, or at least being in the same hemisphere as your friends, and not being a part of work life here has meant an unusual amount of time to myself. And there’s a bunch of other left undones: my French is not well learned, my book(s) not  yet published, and not done are once a month five digit long swims as I used to do.

And not started is the obligatory travel book: one of the questions that has been flooding my email inbox is what book will I write about our years here, as if the world needs another book about foreigners moving to France then writing about it. As I have noted before, since at least the days of Caesar’s Gallic Wars, foreigners have been invading France, in one form or another, then writing about it.  Until space travel permits us to leave the solar system, the travel writing genre is done, the only thing that is left are retreads and the ridiculous, such as Tony Hawk’s story of carrying a refrigerator around Ireland. In particular, travel writing about France is the deadest of dead horses: after Peter Mayle, Stephen Clarke, and all those chick stories about vineyards,  love, and Paris, what can I possibly write that stands out, is worth writing, is worth reading, that you’ll pay money for? I’d like to think that I’m somewhat contrarian, but how can be so if I write about France? If I was truly contrarian I would be in Tirana (Albania), Sofia (Bulgaria), or Zagreb (Croatia).

As it happens, soon after we moved to Montpellier I thought I stumbled on something if not original, then at least not recently done, or so I thought. We are near where Robert Louis Stevenson had hiked, camped, then written about it all in his Travels with a Donkey in the Cévennes. Thinking this an obscure and therefore meritorious idea, I thought going back over some or all his journey would be fun to do, and then perhaps get some writing out if it. Too late. While I’ll probably still do some of it, but after doing a bit of research, as you might have guessed, for this very same adventure there are already blogs, websites, and services where you can, yes – really – rent a donkey for your trip.

Still, there are possibilities. One huge literary advantage is that we did not live in Paris, so at least I’m not under that cloud. Instead we lived in something of a shit hole, Marseille, then a nice, dull village, La Garde, and now in Montpellier (still under review). Beyond memoir there are other genre possibilities: a bit of parody about why French women don’t throw things and French children are slender, or Five Years Among The Frogs, although this is work more suited to Stephen Clarke, who is good and funny. Or maybe I could use our experiences here for some fiction: something chemically imbalanced is appealing, perhaps even a rip off: Breaking Baguettes is about a French lycee teacher who, because of medical debts, uses his on the side bakery business to distribute narcotics smuggled in from the Maghreb.

I’ll need to come up something, because among those other ‘not dones’ is I’ve not regularly worked in high tech, and generally if you step off that treadmill, you’re out of the game or at best viewed with suspicion, and when you’re on the wrong side of thirty, that doesn’t bode well for future employment.

Still, unlike the Book of Common Prayer confession, I believe there is health in us. In Lin Yutang’s The Importance of Living, he writes:

One must start out with a belief that there are no catastrophes in this world, and that besides the noble art of getting things done, there is a nobler art of leaving things undone.

While I do believe in catastrophes, I think there is merit in what Lin writes. As it happens, the above is written in a section called Three American Vices, which falls in chapter seven, The Importance of Loafing. Yutang goes on to state the a certain amount of idleness is necessary to form proper character, but I won’t make any such claims in my case, even with all that has been left undone.

One Response to Things Left Undone – Five Years in France